I hesitated to tweet, “RIP Trayvon Martin” and at the time I was not sure why. My gut instinct told me something seriously wrong happened and was continuing to happen in our country. For a second I allowed the noise, phrases such as, “But we don’t know all the details!” or “Why was he even out there in the first place?” to somehow justify not being outraged. I allowed myself to temporarily get tangled up in the arguments that devalued Trayvon’s loss of life to simply a series of events.

About a year after his death I came to a realization, he lost his life long before he breathed his last breath. He was seen as a threat, simply for being himself.

I’m just seen as a white male and I have come to realize the undeserved privilege that has been bestowed on me simply because of the color of my skin. On top of that, I was born into a loving and supportive family with means to provide me with an education without constraints due to finances.

Has this immunized me from life’s challenges? No. I have experienced soul wrenching pain due to failed relationships and unhealthy use of substances in addition to the typical woes that come with life.

However, I have never been discriminated against because of my skin color. I haven’t experience hate directed towards me simply because of who I am. I don’t get followed when I go to the mall, I wear what I want when I go out late at night, including my dress of choice, a hoodie.

My first experience protesting was when news of the immigration ban broke and it seemed like a lot of people were getting out there and making their voices heard. All I could think about was how I balked, how I froze when Trayvon was killed. Also how I took time to weigh both sides and avoided casting blame when Tamir Rice was killed.

The immigration ban seemed to be something I could get behind without being too publicly criticized. It seemed like a common sense thing that I could oppose and still save face by not being seen as “too liberal” or “too radical”, these make believe scenarios I played out in my mind where someone would see a picture of me somewhere or read a post of mine and judge me for my belief. 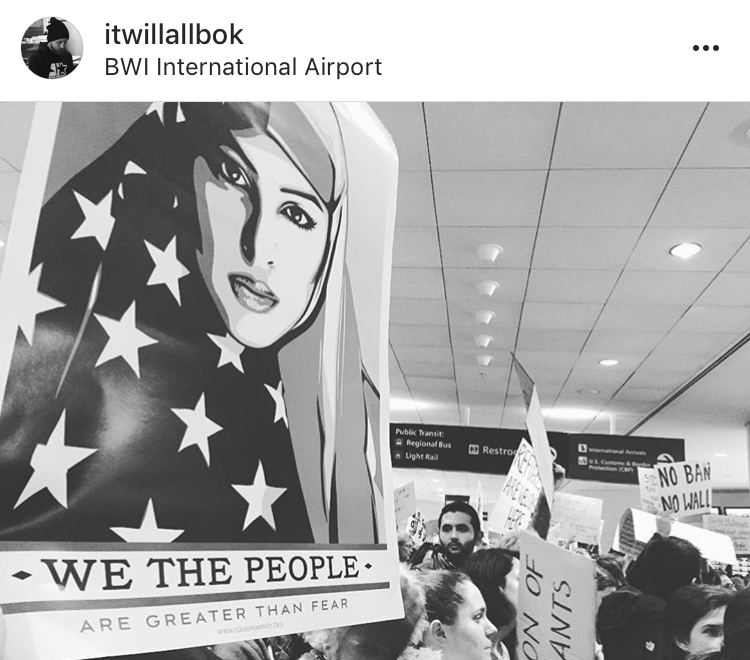 I am more comfortable speaking my mind because of that evening in BWI airport. I met people who were genuinely concerned for the well being of family members, friends and the country. They cared about the safety of our nation and were against terrorism but they didn’t believe this was the way to go about it.

Leaving the airport I knew I had to do more and I knew it had to start with changing my heart.

From then on, I read more, I listened more and I hesitated less.

Being at the March For Our Lives with a group from the school where I work caused me to once again think about Trayvon and Tamir and the countless other people who have lost their lives due to gun violence. I know they are looking down and are proud of the students of Marjory Stoneman Douglas High School and those standing with them. 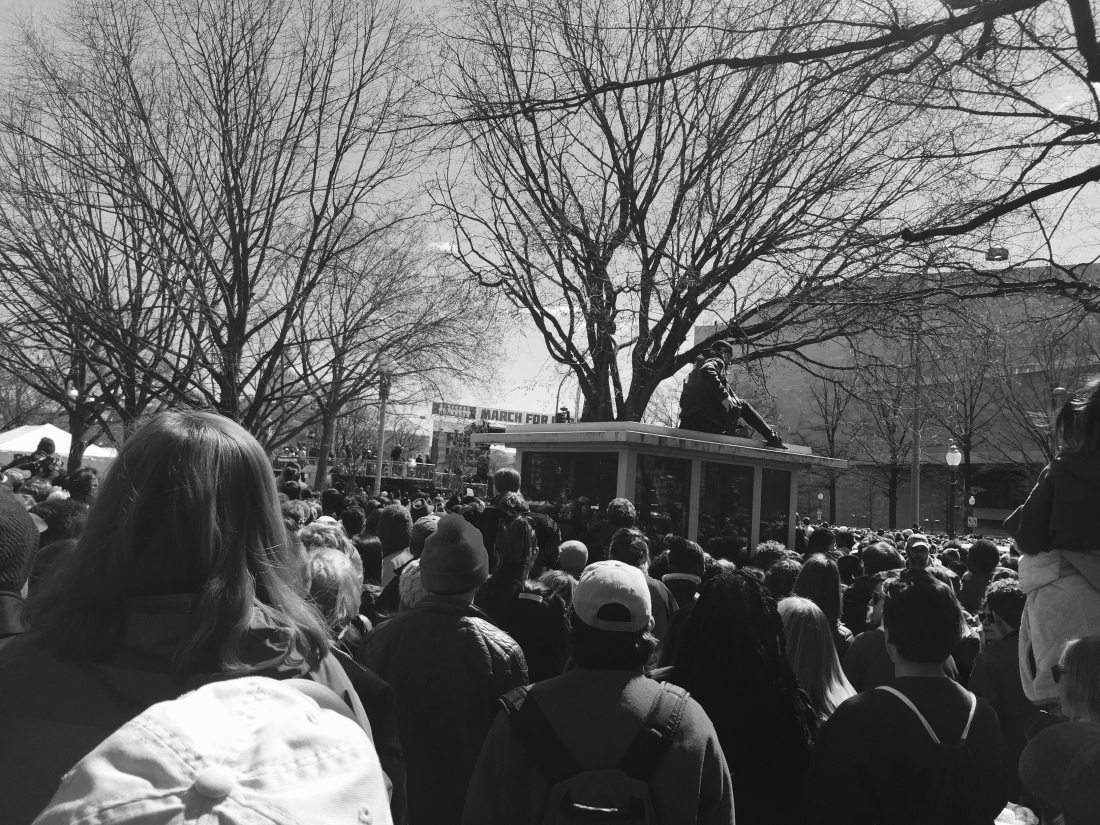 At the March, Naomi Wadler spoke on the stage in front of the thousands, she is 11. Six years ago, at age 27, I had a hard time tweeting about something I thought was wrong. I was in awe of her courage and her conviction. Being a witness to such a moment in history caused me to think back to how I have acted in troubling times when our country has witnessed injustices.

The United States Holocaust Memorial Museum displays this quote that summarizes my realization.

I still have a lot to learn about the injustices in the world and I know there are people who could speak circles around me in defense of the opposing points. I will listen and learn from them as well but one thing I do know is that I cannot and will not be silent.

In his address to Xavier High School in New York, Jesuit Fr. Daniel Berrigan said it best, “Know where you stand and stand there.”